Beta Disclaimer! Please note that we are currently in our beta test phase and we are updating the site on a regular basis.
Download the Case Manager App 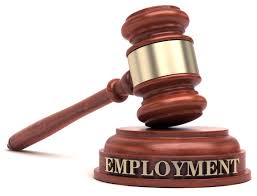 What Does ‘Mitigation of Loss' Mean?

You have a duty to mitigate your loss if you are unfairly or wrongfully dismissed. This means that you should minimise your losses by taking steps to find another job. The Employment Tribunal would not expect you to take the first job that comes along, particularly if it is a lower paid job but your Compensatory Award may be reduced if you don’t provide evidence that you have actively tried to find another job. There will be no deduction if you take reasonable steps to find alternative work and you are unsuccessful. If you do not take any steps to mitigate your loss, money that you could have earned will be estimated and deducted from your compensation. This page provides important information about mitigation of loss, including what the Employment Tribunal will do, and how you should frame your mitigation statement to avoid loss of compensation.  Section 123 (4) Employment Rights Act 1996 says that the compensatory award for unfair dismissal should be what the Employment Tribunal considers just and equitable in all the circumstances, having regard to the loss sustained by the Employee, insofar as that loss is attributable to action taken by the Employer.  In assessing that loss, the Employment Tribunal should use the principles of common law damages, which impose a duty on the victim to take reasonable steps to mitigate his losses.

What is reasonable in any particular case will vary according to your personal circumstances, but generally you will be expected to apply for any appropriate jobs.

In Archbold Freightage Ltd v Wilson [1974] IRLR 10, the Court said that an Employee’s duty is;

“… to act reasonably and to act as a reasonable man would do if he had no hope of seeking compensation from his previous Employer. It follows from that that he should accept alternative employment if, taking account of the pay and other conditions of that employment it is reasonable so to do.”

If you are successful in finding a new job, the calculation of your compensation will deduct your wages from the new job. If your new job pays less than your old one, the difference will be reflected in the award for your continuing losses (Smith Kline & French Laboratories Ltd. v Coates [1977] IRLR 276). There is an exception if you are dismissed without notice. If you are dismissed without notice, then you do not have to deduct wages that you would have earned during your notice period if your Employer had given you the requisite notice. This was decided in the case of Norton Tool Co Ltd v Tewson NIRC 1972 ICR 50, NIRC where the Court decided that Employment Tribunal can award compensation covering the notice period, even if the dismissed Employee had found other paid employment during that period. This is known as the Norton Principle.

The Norton Principle does NOT apply where you are claiming constructive dismissal. Constructive dismissal is when you walk out of a job because of something that your Employer has done which has fundamentally breached the employment contract. In the case of Stuart Peters Ltd v Bell [2009] the Court of Appeal said that the rule about mitigation of loss only applies to employees who are dismissed by their Employer and not to Employees who have walked out of a job because of the actions of their Employer.

Note that in wrongful dismissal, If your contract states that you are entitled to a payment in lieu of notice on termination, any dismissal without adequate notice will not be wrongful even if your employer does not make the payment in lieu of notice - Abrahams v Performing Right Society Ltd [1995]. It means that your employment contract has been lawfully terminated and so you cannot make a claim for wrongful dismissal. Instead you should make a debt claim for the notice pay and other benefits due under the contract. It also means that you do not have to mitigate your loss or give credit for earnings from other employment during the notice period.

How the Employment Tribunal Works it out

There is no particular formula in law for working out how the deduction for failing to mitigate your losses should be worked out. In Savage v Saxena [1998], the Employment Appeal Tribunal suggested that the Employment Tribunal should ask itself the following questions to determine whether an Employee has mitigated their loss;

Once these questions are answered the Employment Tribunal can reduce compensation accordingly.

In Cooper Contracting Limited v Lindsey [2015], the Employment Appeal Tribunal provided useful guidance on the legal principles to be applied regarding an Employee’s duties in mitigation of loss. In this case, Mr. Lindsey had been employed by Cooper Contracting as a carpenter. The Employment Tribunal found that he had been unfairly dismissed and awarded him compensation based on his loss of income to the date of the remedy hearing and future loss of earnings for 3 months.

After being dismissed Mr. Lindsey became self-employed as a carpenter. Cooper Contracting appealed to the Employment Appeal Tribunal arguing that Mr. Lindsey had failed to mitigate his loss because he had chosen self-employment at a lower level of income when there were “other opportunities out there for employed work with higher remuneration if the Claimant wished to look for them”.

The Employment Appeal Tribunal threw their case out because in choosing to take up self-employment Mr. Lindsey had not acted unreasonably and had not failed to mitigate. Even though there were good reasons why Mr. Lindsey should have mitigated his losses by taking up an employed position immediately after his dismissal, that did not mean in all the circumstances that he had acted unreasonably by not doing so. This was not a case where Mr. Lindsey had set his heart on some unrealistic or theoretical next career move. His personal reasons for preferring self-employment were not open to argument. There was therefore no failure to mitigate. The Employment Appeal Tribunal went through the decided cases on this point and arrived at a series of principles as follows;

Guidance on Mitigation of Loss

In the case of Cooper Contracting Ltd v Lindsey [2016], the Employment Appeal Tribunal gave a summary of principles that Employment Tribunals should apply when they are considering whether the amount of compensation should be reduced because the employee did not mitigate his loss after being unfairly dismissed.

Mr Lindsey was a carpenter who went into self-employment after he was dismissed. The Employment Tribunal ruled in his favour that he had been unfairly dismissed. When it came to assessing his compensation, The tribunal said that there were better paid jobs available, but Mr Lindsey’s decision not to look for alternative employment but to work for himself instead was a reasonable course of action. The tribunal ruled that he was entitled to full compensation for loss up to the date of the hearing, but that it was just and equitable to limit his future loss to three months. Cooper Contracting appealed to the EAT because they believed that because the tribunal said that he could have got a better paid job, then they should have ruled that Mr Lindsey had failed to mitigate his loss.

The EAT disagreed and reviewed the case law and principles on mitigation. The Court rejected the notion that the duty to mitigate is to take all reasonable steps as this could lead to the conclusion that if the employer could show one reasonable step which had not been taken by the individual, then the employer would succeed in showing that the employee had failed to mitigate his or her loss.

The Court set out the principles as follows;

Your duty to mitigate your loss only arises after you have been dismissed so you will not be in breach of your duty to mitigate if you don’t appeal the decision to dismiss you- Seligman & Latz Ltd. v McHugh [1979] IRLR 130.  However, you need to take into account the provisions of the >ACAS Code of Practice on Discipline and Grievance Procedures which says you should appeal your dismissal. Breach of the code by either an Employer or an Employee can lead to a 25% reduction or increase in the amount of the award.

Rejecting an Offer of Reinstatement

If you refuse an offer from your Employer to reinstate you in your old job, the Employment Tribunal will consider whether your rejection of the offer was reasonable in the circumstances. It may be that the mutual trust and confidence between you and your Employer has been irreparably damaged so that you don’t feel you can go back to work for your Employer. If the Employment Tribunal believes that your refusal is unreasonable you will not receive any compensation or your compensation may be reduced.

In Wilding v British Telecom [2002], Mr. Wilding had been unfairly dismissed and discriminated against on the ground of his disability. He refused an offer of part-time re-employment from British Telecom. The Court of Appeal said that a claimant had to consider offers reasonably, and without considering that they may be entitled to compensation if they reject the offer. The Court said that the correct test for deciding whether an Employee is reasonable in rejecting an offer is as follows;

You can choose to set up your own business or return to education without it being seen as a breach of the duty to mitigate your loss. You can still make a claim for loss of earnings in this situation. The Employment Tribunal would consider whether your decision to be self-employed or return to education was reasonable in the circumstances of the case. In Gardiner-Hill v Roland Berger Technics Ltd [1982] IRLR 498 the Court said that it was reasonable for a 55-year-old managing director to start his own business. In such a case the costs of setting up another business could form part of your claim.

“Acting purely in his own interest, has he acted reasonably by pursing retraining/further education with a view to keeping his loss to a minimum?”

If your course is long, for example a degree course the Employment Tribunal could decide that the connection between your Employer’s actions in dismissing you and the loss you suffered has been broken (this is called the chain of causation), and choose not to compensate you for your loss. In the case of Khanum v IBC Vehicles Ltd [1998], Ms. Khanum won her unfair dismissal and discrimination claims. Her Employer blacklisted her so she could not find a job and she began a degree course after 10 months looking for work.

The Employment Tribunal found that Ms. Khanum had no choice but to take up a degree course and that it was a sensible decision for her to take, but the chain of causation was broken and so it would not be right to award compensation from the point when she started her degree. The Employment Appeal Tribunal disagreed. It said that the correct test is whether the decision to start education is a direct result of the Employer’s decision to dismiss. The Employment Appeal Tribunal said there were special factors in this case, notably the blacklisting by an Employer who held a dominant market position in a specialised field. On this basis, Ms. Khanum received her award for future losses.

www.employeerescue.co.uk is a publication of The Employment Emergency Service Ltd., a company registered in England and Wales (No. 12987174)