Beta Disclaimer! Please note that we are currently in our beta test phase and we are updating the site on a regular basis.
Download the Case Manager App

Your Rights in a Disciplinary Investigation 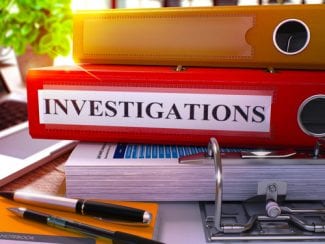 What is a Disciplinary Investigation?

You continue to have employment rights during the investigation.  The ACAS Code of Practice on Disciplinary and Grievance Procedures applies to any matters relating to discipline. Your employer has a legal duty to act reasonably and use a fair procedure. The ACAS Guide gives directions on what it is to act reasonably and fairly, and the duties are further developed by the Courts and Tribunals in case law.

The Duty to Act Reasonably

The duty to act reasonably is also known as the band of reasonable responses. It is a legal duty of your employer laid out in Section 98 (4) (a) and (b) Employment Rights Act 1996. S.98 (4) (b) says that the duty to be reasonable should be decided in accordance with equity and the substantial merits of the case. Equity means natural justice, procedural fairness, an employee’s personal circumstances, common sense and common fairness. Substantial merits means “whether an employee’s behaviour or performance warranted dismissal”.

The duty to act reasonably was explained in the case of British Home Stores v Burchell (1978). Where there is a dismissal, the court said that an employer must prove that at the time of the dismissal

The Balance of Probabilities

The Employment Tribunal will not consider whether you were actually guilty of the misconduct, but whether your employer believed and had reasonable grounds for believing that you were guilty of the misconduct at the time the decision was made. The only way that your employer can prove that they believed and had reasonable grounds for this belief is by proving that they acted within S98(4) ERA 1996.

A fair procedure is determined by reference to rules of natural justice and the following;

The famous case of Polkey v. A. E. Dayton Services Ltd [1988] is sometimes called the “no difference” rule. In this case the House of Lords said that an employer’s failure to follow a proper procedure (including investigation) is almost guaranteed to make any dismissal unfair. BUT. The Employment Tribunal may reduce the level of compensation if a fair procedure would still have led to a dismissal (The Polkey Reduction).

In every investigation the Band of Reasonable Responses (Burchell Test) AND a Fair Procedure must be applied. If they are BOTH not present, a dismissal will be unfair.

An employer who has failed to conduct a proper investigation into an employee’s misconduct was not able to successfully argue in subsequent unfair dismissal proceedings that the outcome (dismissal) would have been the same even if the investigation had been properly conducted. In A v B [2003], The Employment Appeal Tribunal said that the employer’s investigation into an employee’s alleged misconduct was not reasonable in all the circumstances and, accordingly, his dismissal was unfair. It was no answer to the defects in the investigation to say that even if it had been reasonable, the decision to dismiss would still have been taken.

If you have been treated unfairly at work, use the Grievance Builder to raise a grievance or the ET1 Builder to complain in the Employment Tribunal

Best of the Web

www.employeerescue.co.uk is a publication of The Employment Emergency Service Ltd., a company registered in England and Wales (No. 12987174)